The epicenter of the event will be the main exhibition, PREZIOSA, set up in the evocative setting of the Galleria delle Carrozze of Palazzo Medici Riccardi. The nine invited artists are all established and award-winning personalities of the international art scene: Lauren Kalman, Anya Kivarkis, Rein Vollenga, Sam Tho Duong, Jayne Wallace, Kazumi Nagano, Conversation Piece (Beatrice Brovia & Nicolas Cheng), Ana Rajcevic, and Barbara Paganin.

One of the main objectives of FJW2022 is to understand, through the work of these authors, how they are redefining the horizons of contemporary jewellery, a field that is now facing the progressive disintegration of obsolete categorizations, opening up to the fusion of expressive languages and the intersection of artistic practices.
On show not only jewellery, but also wearable sculptures able to deeply transform the wearer, advancing a concept of “decoration” that comes to redesign the bodies, reshaping outward appearance and identity.
Another key theme is the dematerialization of the object in the digital age, based on the culture of the image and conveyed by new technologies, also capable, on the other hand, of offering new possibilities of connection, in the creation of multimedia jewels.
A current issue that concerns the contemporary production of ornaments is the practice of upcycling, or creative recycling, which gives new prestige to objects and leftover materials, whose destination is renewed and whose preciousness is the result of the craftsman’s skill.
Technical and intellectual wisdom is reflected not only in the work of the goldsmiths and designers represented in the main exhibition, but more generally connects the various exhibition opportunities throughout the event. 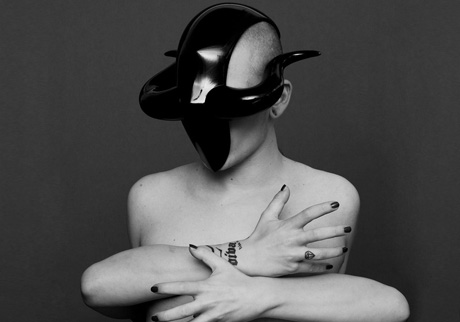 Dutch artist Rein Vollenga’s wearable installations open up to imaginative and dreamlike worlds, at times perturbing, through the aesthetic metamorphosis offered by these sculptural objects that tell of mutant beings, of hybrid and contaminated bodies. 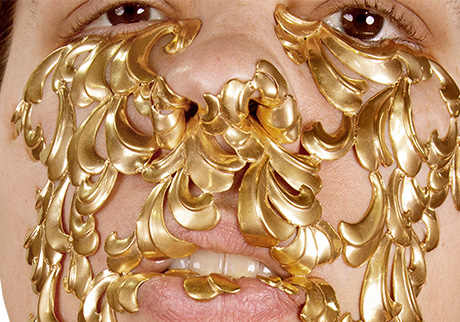 American artist Lauren Kalman digs into the historical conventions linked to the world of craftsmanship in order to dismantle distorted models of female beauty, conveyed by a contemporary culture based on the myth of image. 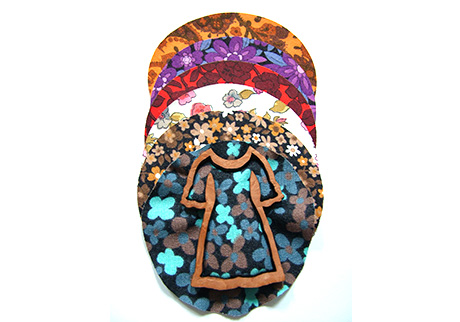 The English Jayne Wallace rediscovers the potential offered by technology to emotionally connect the users of her multimedia jewels, and not only, even the ability to stimulate the sense of self in the course of neurodegenerative diseases, celebrating the extraordinary poetic and psychological power that has always resided in the object-jewel.

The Italian Barbara Paganin retrieves from second-hand market and from her personal arsenal old photographs, miniature objects in silver and porcelain, often marked and consumed by time, which recall a vivid world full of the most emotional memories of childhood.

Kazumi Nagano applies to jewellery traditional textile and pictorial techniques of Japanese style, to create abstract shapes, at the same time light and resistant, able to imitate both the fragility and the regenerative force of nature. 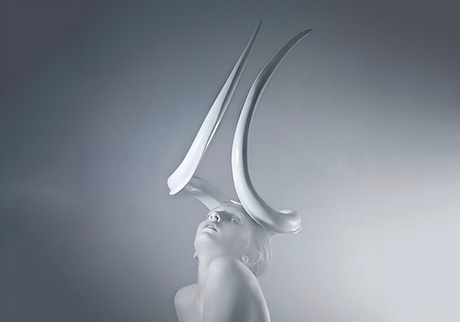 The Serbian Ana Rajcevic tries to mend the fracture between the animal and human worlds, identifying possible evolutionary models, utopian rather than dystopian, that welcome the concept of “otherness” and bring the human being back to the deepest original condition, in harmony with the natural environment. 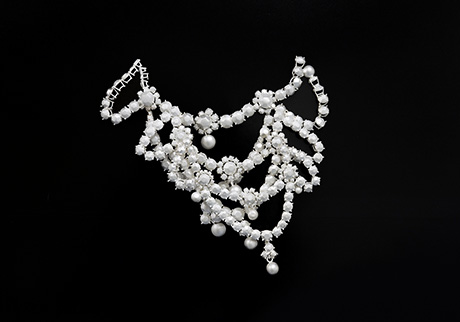 Anya Kivarkis, from the United States, works on the image, or rather on the representation of the jewel, translated into a series of new originals that trace different perspectives of reading and understanding the object, carefully reconstructed in metal since it is considered a historical evidence of its time.

Conversation Piece, the Italian-Hong Kong couple formed by Beatrice Brovia & Nicolas Cheng, reminds us instead that the virtual reality we have access to from our devices paradoxically hides a deeply “material” universe. With the help of specialized companies, these artists recover from landfills the minerals from which our daily devices are made of, diverting the investigation to the materials that best reflect our time and forcing us to question the weight of our connivance with the environmental and social impact of the mining industry. 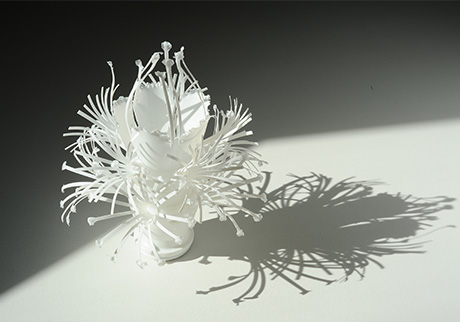 The Vietnamese Sam Tho Duong cuts, folds and assembles together according to a logic of joints exhausted yoghurt pots, to create extraordinary transformable configurations to be worn as spectacular ruffs and thus giving plastic new charm and new value.