A group of young Iranian artists by Aria Gallery in Teheran. 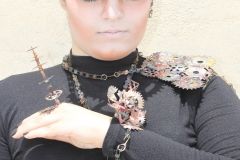 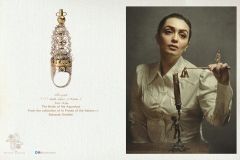 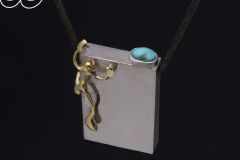 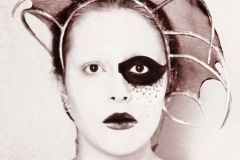 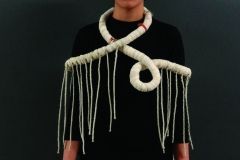 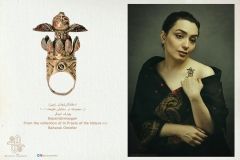 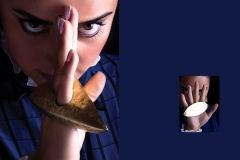 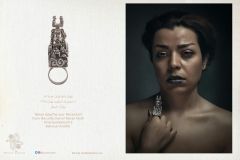 This exhibition show the current state of contemporary jewellery in Iran.
Curated by Kevin Murray, in partnership with the Mahe Mehr Institute, Tehran.
“Contemporary jewellery is undergoing radical new development as artists are emerging from non-Western countries with different ideas of adornment and creativity. This is an opportunity to consider this diversity and explore possibilities for engaging the public in these new symbolic practices”.

Dr Kevin Murray is an independent writer and curator, Adjunct Professor at RMIT University and Research Fellow at the University of Melbourne. Major current roles are managing editor for Garland Magazine and the Online Encyclopedia of Crafts in the Asia Pacific Region. In 2000-2007 he was Director of Craft Victoria where he developed the Scarf Festival and the South Project, a four-year program of exchange involving Melbourne, Wellington, Santiago and Johannesburg. He has curated many exhibitions, including ‘Signs of Change: Jewellery Designed for a Better World’; ‘The World of Small Things’; ‘Symmetry: Crafts Meet Kindred Trades and Professions’; ‘Water Medicine: Precious Works for an Arid Continent’; ‘Guild Unlimited: Ten Jewellers Make Insignia for Potential Guilds’; ‘Seven Sisters: Fibre Works from the West’; ‘Common Goods: Cultures Meet through Craft’ for the 2006 Commonwealth Games and Joyaviva: Live Jewellery Across the Pacific that toured Latin America. His books include Judgement of Paris: Recent French Thought in an Australian Context (Allen & Unwin, 1991), Craft Unbound: Make the Common Precious (Thames & Hudson, 2005) and with Damian Skinner, Place and Adornment: A History of Contemporary Jewellery in Australia and New Zealand (Bateman, 2014). He is currently a Senionr Vice-President of the World Craft Council Asia Pacific Region, coordinator of Southern Perspectives and Sangam: A Platform for Craft-Design Partnerships. He teaches at RMIT University, the University of Melbourne, Swinburne University and University of New South Wales.