Universes in balance between reality and imagination 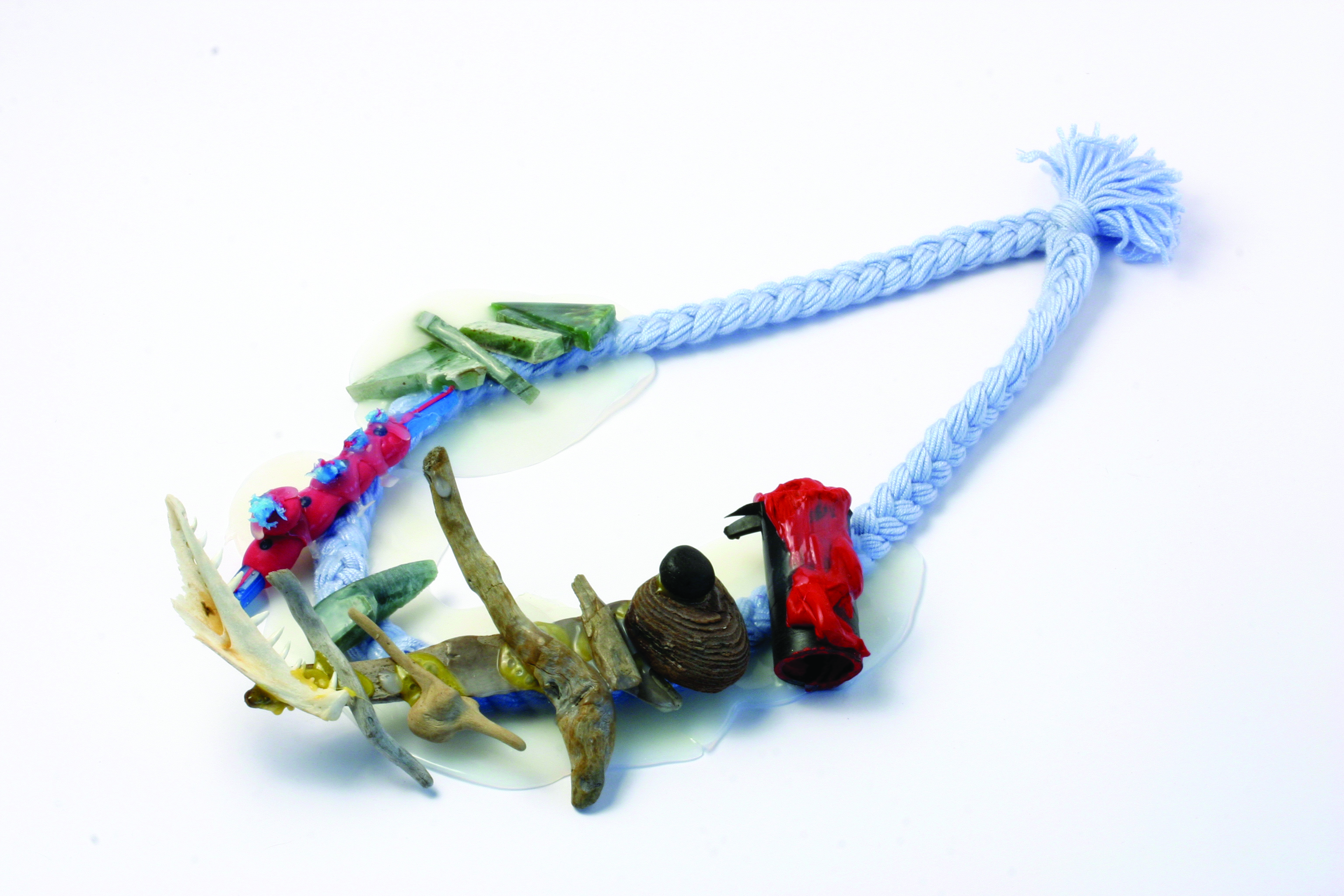 Some creative spirits are led by a positive tension towards the world because of their desire to play with reality, considered in its full richness and variety. They celebrate a certain way of fiddle with things, pouring out free imagination, giving life to a new and fantastic universe of forms. 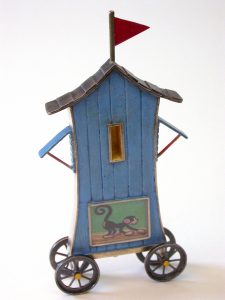 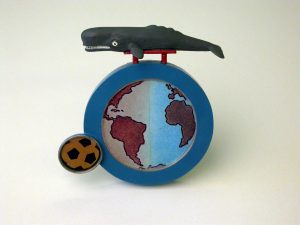 In the small playful jewels by the Spanish Xavier Ines Monclùs, among the first guests in 2005 of Preziosa and again invited in 2015, the fantasy of the goldsmith projects a world populated by the reassuring subjects of childhood: a little house on wheels, a floating boat, a starfish… Monclùs chooses to retrieve from everyday life the elements that excite his imagination, such as animals, architectures or ordinary objects, and he combines them in the form of brooches, rings, pendants. Each of them create a small theatre, through whom he tells us a fabolous story. Monclùs uses silver and bronze, but adds poor materials, such as wood, plastic, small objects trouvés, and he joyfully paints the surface with bright colours.

The microorganisms that proliferate on the surfaces by Peter Chang‘s bracelets, instead, seem to be taken by the microbiology, revived in the form of colourful tentacle bacteria and strange marine creatures or aquatic plants. Chang’s look ranges various universes: from the natural world to science-fiction, from children’s imaginary populated by monsters to Japanese cartoons. The artist, who died last year in October, was presented in the first Preziosa 2005. He revealed an exuberant and oriental fantasy, an extreme and restless creative freedom. His inspirations are translates into psychedelic jewels made of thick layers of acrylic moulded with heat. His swarming works, in never-ending metamorphosis, recall the life cycle, disclosing to the wearer a mysterious cosmos, difficult to decipher as the world we inhabit.

From the world of science fiction also come the Blob rings by Barbara Uderzo, inspired by the cult film of the Fifties, in which an enormous and gelatinous alien mass swallowed living beings. Her jewels appear as confused conglomerates of small objects that could be stolen from a child’s room, sunk into a plastic glue.
Micro teacups for dolls, superheroes and dinosaurs, metal miniaturisations of coffee pots, are sometimes mixed with precious stones. 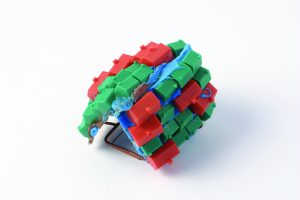 Even Lisa Walker, invited to Preziosa 2009, realises her jewels using every type of object found by chance, chosen because of its unknown history. Small plastic houses, shells, wood, wool, paper, bones, are held together by glue, following only her instinctive taste for the combination. The result is entrusted to the delicate balance of dimensions and consistency of the materials used, assembled for their shapes and colours.