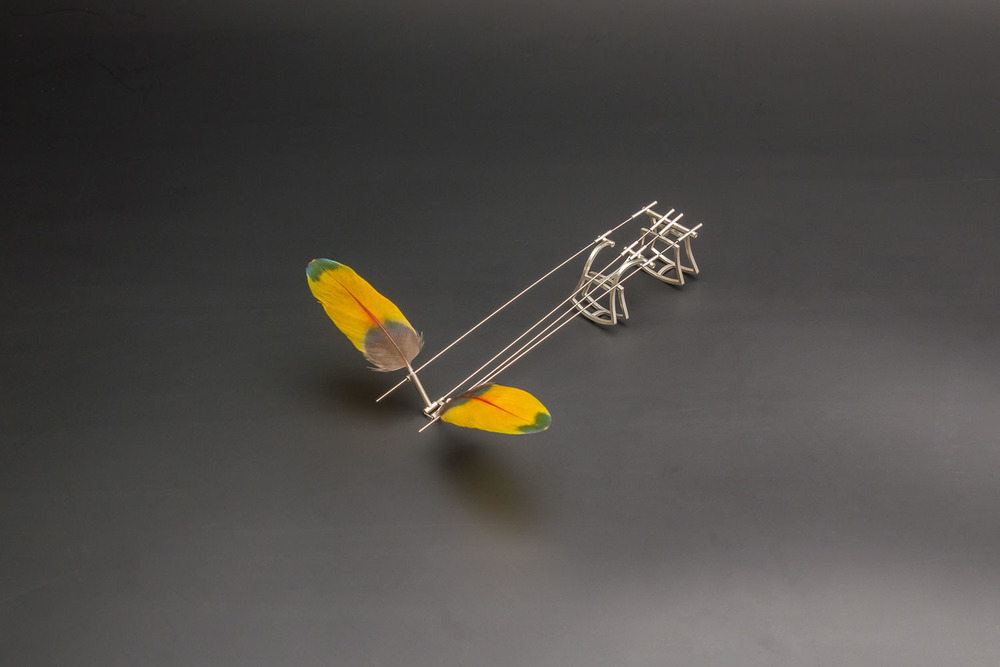 «Man was born to play, but it turned out differently»
(Friedrich Becker)

The ludic perspective of dynamic jewellery translates the sincere belief to bring the human being back to a playful dimension. Moreover, a certain ironic vein that characterises these creations, recalls the Mobiles by Alexander Calder and the Useless Machines by Bruno Munari, precursors of Kinetic art.
Both have made fun of the logic of technological progress, inventing abstract forms that float in the air. They change their positions casually, due to the displacement of air also caused by the spectator, who revolves around them, participating in the configuration of the work of art. 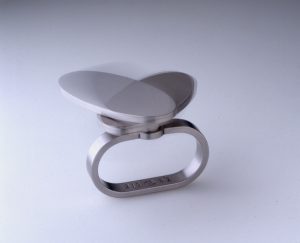 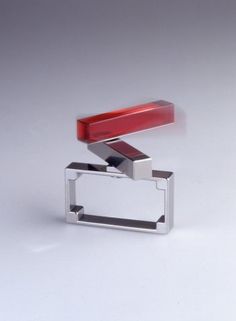 Friedrich Becker, the father of kinetic jewellery, was a special guest of Preziosa Exhibition 2006, where he participated with his moving rings, based on the mutability of the form an on games of balance.
He started his career as an aeronautical engineer, but, after the war, he questions himself about his real passions, and he decided to become a goldsmith with the clear intention to create something new. His Two way ring of 1956, wearable in both directions, or his Variable Jewellery of 1962, that could modify its shape, reflects his interest in the changeable and simultaneity of points of view.
The reach of a real dynamic visual effect occurred when he added to his constructions the fourth dimension. By 1964 he introduced the movement in his pieces, which takes life when worn. Thanks to a full study of physical laws, the different elements that compose his rings start to move, as it were magnets that led their enliven dances. The wearer is emotionally involved and witnessed surprised by the magic trick of mechanics and gravity.
Rings are sensitive objects which record the imperceptible movements of the wearer and the atmosphere. 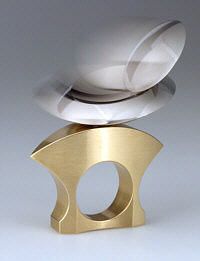 His extraordinary imagination and excellent ability led him to become Professor at the Düsseldorfer Kunsthochschule, where he formed a new generation of artists. Among them, Michael Berger re-employed the motion to develop the kinetic research on a new mechanical link, which makes him awarded the State Prize North Rine-Westphalia. Like jewels of his teacher, also his rings are activated by the accidental movements of the wearer, because of which the top components start to rotate frenetically.

Instead, in the more modern jewellery of the South Korean Dukno Yoon, the werear voluntarily activates the jewel and is consciously involved in the logic and functioning of it. His rings resemble small Leonardo’s flying machines, provided with wings put at the top of metal arms.
He thinks that everyday objects contain potential kinetic energy and we could take advantage of them. 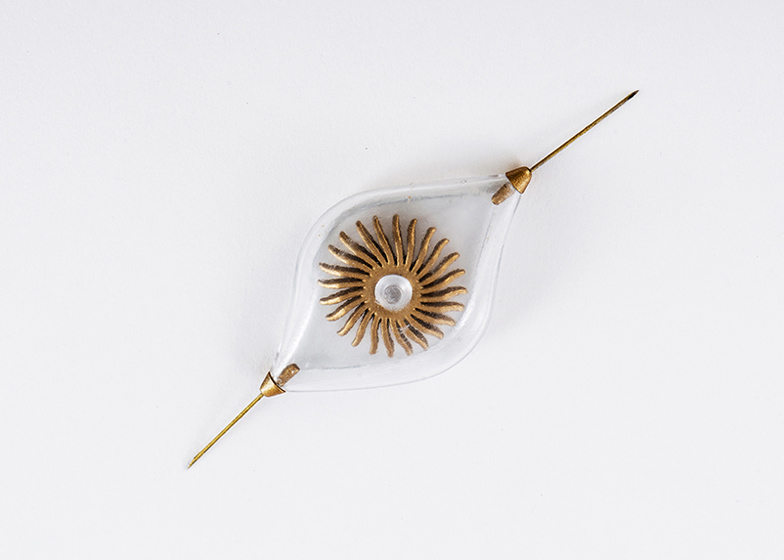 Questioning herself on what that kind of behaviour is leading man, Naomi Kizhner invented a series of different ornaments that suck body energy to transform it into a valid power resource.
The needles of this objects are inserted under the wearer’s skin, who, with her involuntary movements, like the flow of blood through veins or the electric pulses of the nervous system, thanks to particular devices, generate electricity. The Israelian artist investigates the matter of renewable energies, thinking about humanity as the most useful natural resource. Her jewels are little devices that make us doubt about a blind fulfilment of the technical progress, that projects humankind in a new era, increasingly disposed to the sacrifice to produce more and more. Critically, she images a not so far dystopic future, asking herself to what extent man will be able to satisfy his needs.
Finally, Kizhner’s jewels overturn the logic of decoration: ornament – which, by definition, is useless – is transformed into something that becomes extremely useful, but, as in the Munari’s Useless Machines, to trigger in the spectator a conscious reflection about his present.